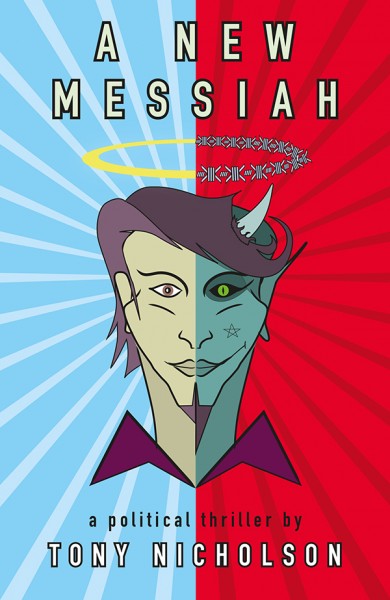 In a celebrity-obsessed world can absolute celebrity fame and idolisation be exploited to gain absolute power… ?

“Together we could rule the f***ing world!”

At a worrying time when the once-clear line between celebrity stardom and political leadership on the world stage has become blurred, a handsome brooding Romanian street hustler emerges in Britain as a new messiah.

Does Serghei really have mystical God-given powers of the mind, or is he just a brilliant magician?

Dark political forces spot the immense potential of this new messiah and usurp his hero worship for their own ends, lifting the lid on a Pandora’s box which threatens the very heart of British democracy… and opens the gates of hell…

Tony Nicholson started his showbiz career in the 1970s as a comedy scriptwriter, writing jokes for no less than The Two Ronnies. He then became a television producer, making entertainment programmes for all the major channels, and earning him a highly-prized BAFTA Award for a TV magic show.

The two professions sat comfortably side by side throughout his working life – both writer and producer. .

Tony Nicholson is the author of Shut That Door! the definitive biography of Larry Grayson and The Squire Of Knotty Ash … And His Lady An intimate biography of Sir Ken Dodd.

He has been married for over forty years and has two grownup sons. Originally from Yorkshire he now lives by the sea on the south coast of England.