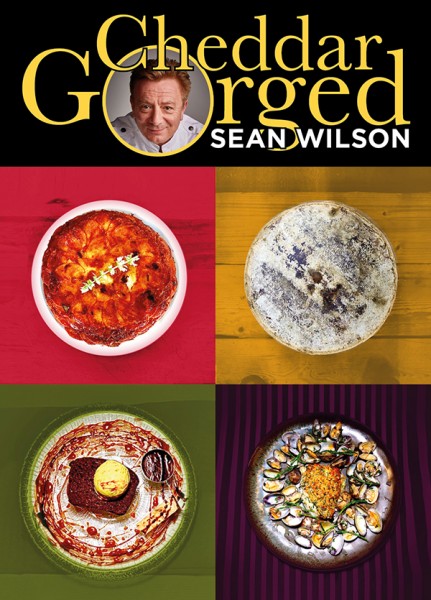 Sean Wilson fuses the nation’s favourite cheese with dishes from around the world.

Available with a dedicated bookplate, signed by Sean Wilson

A modern cookbook that gorges on Cheddar. Sean Wilson fuses the nation’s favourite cheese with dishes from around the world. Some of the 60 delicious recipes are quick and easy to rustle up, others are for the more adventurous home cook, but all are achievable when you know how to source great Cheddar. With years of experience as an award-winning cheesemaker and international judge, Sean shows you how.

Sean shares with you his passion for Cheddar, its history, and the pleasure of preparing a snack, a meal, or a dish to delight friends and family.

With years of experience as an award-winning cheesemaker and international judge, Sean shows you how to choose the right Cheddar, from the everyday block in the fridge to those special Cheddars made from a thousand years of history. He shares with you the joyous smell of a pie baking in the oven, the satisfaction of a Cheddar and fennel loaf rising in the kitchen, and the pleasure in preparing a snack, a meal, or a dish to delight friends and family.

With tasty recipes that reduce food waste and make the most of your leftovers, Sean also looks to the environmental impact of the cheese industry and its quest to improve its ecological footprint for a sustainable future.

Beautifully produced in hardback, featuring  outstanding photography by the author himself, this is a truly personal, passionate collection.

In the early 1980s, inspired by his grandparents’ wholesome cooking and Keith Floyd’s onscreen flair for French cuisine, a young Sean Wilson embarked on a gastronomical tour of France that kindled a lifelong love affair for food cultures from around the world.

Soon after, in 1985, he landed the life-changing role of Martin Platt in Coronation Street as part of an influx of new characters to update the show for a modern audience. He played the role to acclaim for over twenty years in a television phenomenon that often attracted twenty million viewers.

Since treading Corrie’s cobbles for the last time, Sean has continued to pursue his passion for food. He has worked in Michelin-starred restaurants and has presented his very own Channel 5 cookery show, Great Northern Cookbook. A connoisseur of cheese and a champion of local ingredients, he runs his own artisan cheese company and produces his handmade, multi-award-winning Lancashire cheeses in the beautiful surroundings of the Forest of Bowland.