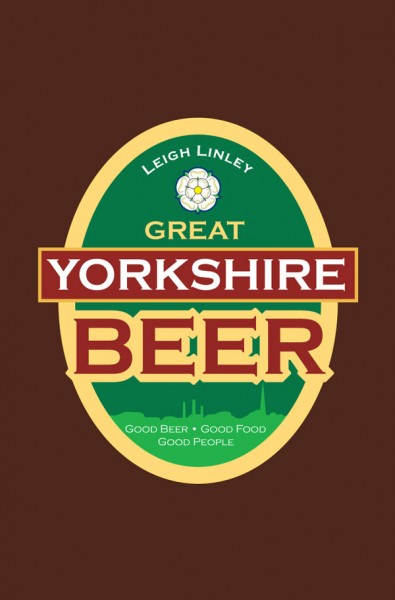 The perfect book for connoisseurs or those who just fancy a decent pint.

Green hills, jagged drystone walls, flat caps, Yorkshire puddings, and – of course – pint upon pint of tawny Yorkshire Ale. The Yorkshire pint is revered across the world, a mark of quality and a guarantee of satisfaction and craftsmanship. Except there’s much more to it than that much, much more.

The current boom in Craft and Microbrewing that the UK is seeing has exploded across Yorkshire, and the Yorkshire beer of today is more than just a pint of Best.

The new generation of Yorkshire brewers are breaking rules and traditions, resurrecting lost dynasties, soaking up influences from food and brewing in other countries and bringing a wave of fresh ideas to our beloved Yorkshire beer.

Leigh Linley has spent time with a handful of the region’s newest and most critically acclaimed brewers, from the south to east ridings and Great Yorkshire Beer is their story. Each brewer is interviewed and their most successful beers are profiled. Food pairings for the beers run throughout.

Leigh Linley has been writing about beer and food since 2007 on his popular blog, The Good Stuff. His work has also been published in Beer Magazine, Culture Vulture, Leeds Guide and has worked with Marketing Leeds promoting the pubs of Leeds.
He lives in Leeds with his wife, Louise, and his infamous Border terrier, Wilson.

Loaded Kitchen, 31st May 2013
Leigh is a fantastic writer; he finds that nice balance between informational and fun. For me, as a—*gasp*—outsider, I find this book not only informs me but also enlightens me to the historic beer culture that serves as the backbone of Yor…