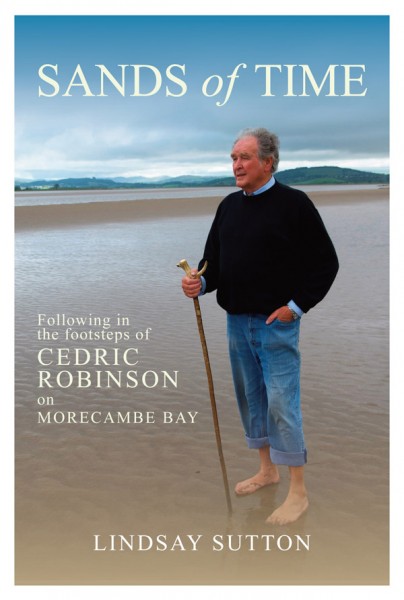 Following in the footsteps of Cedric Robinson on Morecambe Bay

Cedric Robinson has held the historic office of ‘Queen’s Guide to the Kent Sands of Morecambe Bay’ for more than 55 years. His role has given him a unique insight into changes affecting the bay and its coastal communities. Now, as he takes on a new ambassadorial role, he passes on his experience and observations – and reveals the startling effects of climate change.

Lindsay Sutton is a triple award-winning journalist, author, and a former TV broadcaster and producer. He has plied his media trade for nearly 50 years, and has known ‘Ced’ Robinson for much of that time.

This book – “a labour of love for an old friend” – is more than a ‘thank-you,’ as Cedric moves from being the record-breaking Queen’s Guide to the Sands to the position of ‘Ambassador of the Sands,’ and advisor to his successor.

‘Sands of Time’ examines the health and well-being of Morecambe Bay over the past 55 years of Cedric’s tenure. The book looks at the bay and its surrounding communities through the prism of Cedric’s keen observations and thoughts. With characteristic openness, he tells it how he sees it. His views are fearless, but also illustrate his fondness, sprinkled with his often-wicked sense of humour.

• How climate change is affecting the bay dramatically.
• How the channels have changed since the ‘Swinging Sixties.’
• The effect on wildlife, in and out of the water.
• Ecology and pollution threats, affecting the bay and its coast.
• Technology and its impact, including future plans.

Cedric likes the scope and content of the book: he hopes you do too.