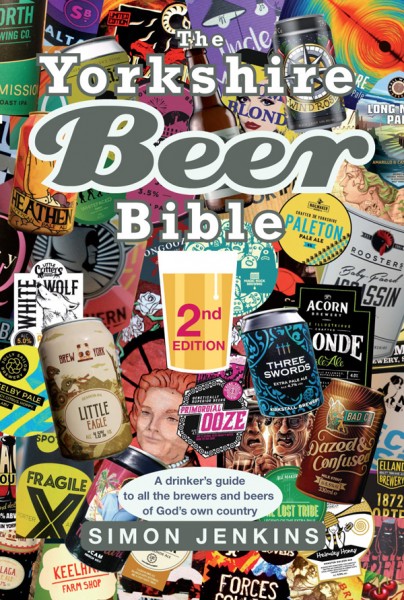 The 2019/20 edition of the drinker’s essential guide to the brewers and beers of God’s own county.

With over 30 new breweries added – even more comprehensive, informative and thirst inducing than the last edition!

In this newly-updated comprehensive guide to Yorkshire brewing, renowned beer writer Simon Jenkins trawls the length and breadth of Britain’s biggest (and best) county seeking out the brewers old and new, large and small, which between them have created an astonishing resurgent beer scene.

From fiercely traditional brewers producing time-honoured beers in slate Yorkshire squares, to the new-wave craft brewers embracing a dizzying variety of imported hops; from the ancient brewer hemmed in by a tight knot of cobbled streets to the brewery established in a residential care home for adults with life-limiting conditions.

On this entertaining journey around the county, award-winning beer writer Simon Jenkins finds beers from more than 200 breweries, highlights some of his favourites – and meets many of the brewers who make them.

Simon Simon Jenkins began writing the pub column for the Yorkshire Evening Post in 1992 – and continues to do so, despite having left full-time journalism to join the University of Leeds in 2006. He has written for a host of publications in the UK and overseas, and regularly contributes to broadcast discussions on beer and brewing and is a judge in Yorkshire’s prestigious Oliver Food and Drink Awards. The second edition of his book The Great Leeds Pub Crawl was published in 2015, and is a lively informative ramble around the best pubs in the city. He was named Beer Writer of the Year by the British Guild of Beer Writers in 2010. In 2018, Simon won the Adnams Award for Best Beer Writer – Regional Media, for first edition of The Yorkshire Beer Bible, from the British Guild of Beer Writers. Despite all this, he is generally fairly sober.