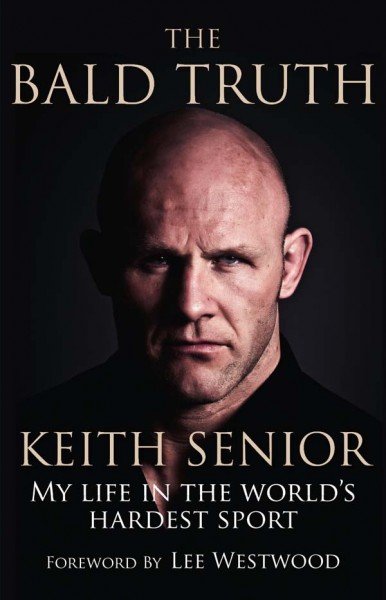 The Bald Truth: My Life in the World’s Hardest Sport

Keith Senior is Mr Super League. The veteran Leeds Rhinos and former Great Britain Rugby League Centre has been one of the competition’s most exciting and controversial talents since it began in 1996.

ONLY available on Kindle and Kobo

Keith Senior is Mr Super League. The veteran Leeds Rhinos and former Great Britain Rugby League Centre has been one of the competition’s most exciting and controversial talents since it began in 1996.

The veteran Leeds Rhinos and former Great Britain Rugby League Centre has been one of the competition’s most exciting and controversial talents since it began in 1996. Senior scored a try for Sheffield Eagles against Paris in Super League’s opening game and has played more matches – and touched down more times – than anyone else in the competition’s history. He was a member of the Sheffield side which stunned Wigan Warriors in the 1998 Challenge Cup final – one of rugby league’s greatest-ever shocks – and starred for Leeds in their 2004, 2007, 2008 and 2009 Grand Final wins. He achieved overnight notoriety for a punchy which flattened Castleford’s Barrie-Jon Mather in a televised Challenge Cup tie and was at the centre of more controversy when blamed for Leeds’ defeat in the 2005 final.

He is now ready to lift the lid on those incidents – as well as a drugs bust which almost cost him his career. Instantly-recognisable due to his shaven head, Senior has earned plaudits from coaches, fellow players and fans. But there’s more to Senior’s life story than his achievements and controversies on the field. Off it, his forthcoming autobiography The Bald Truth is an account of how he went from council estate to country estate.

Brought up in humble circumstances in Huddersfield, he now lives in a country house in West Yorkshire, along with partner Victoria and a menagerie of animals – including one of the world’s oldest rottweiler dogs!

Getting there wasn’t easy. Senior has a daughter from an ill-fated relationship a broken marriage behind him – antics which led to sensational coverage in the national press. He is now well known for his Ebay habit, of selling off his rugby mementos on the internet auction site – and is also building a reputation as one of the country’s most unlikely equestrians and country gents.

Searingly honest and packed with insights into his views on rugby, his fellow professionals and the world in general, The Bald Truth is a must-read sporting autobiography.

Yorkshire Post, 30th September 2011
An unsparing account of the highs and lows of the game, his opinions of fellow players, coaches, the administration of Rugby League, relationships and his own shortcomings.

The Sun, 26th September 2011
Now he says what he really thinks in his explosive autobiography, The Bald Truth, and SunSport can exclusively reveal its contents.