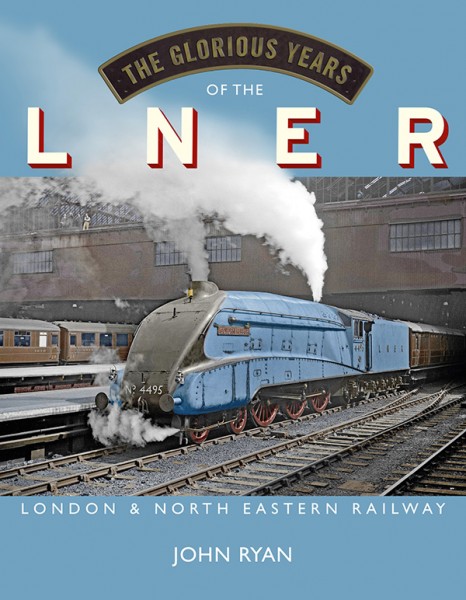 The Glorious Years of the LNER

A superb edition with over 400 outstanding photographs and thoroughly researched, informative captions.

The London & North Eastern Railway existed from 1923-1947 and presided over one of the most exciting periods in British railway history. From the non-stop ‘Flying Scotsman’ to ‘Silver Jubilee’, ‘Coronation’ and ‘West Riding Limited’ streamlined trains, the company was continually innovating and received accolades as a result. Particularly noteworthy were the LNER’s locomotives, designed by H.N. Gresley (later Sir), with world-renowned designs, such as the A1/A3 Class Pacific – no. 4472 Flying Scotsman – A4 Class – no. 4468 Mallard – and P2 Class 2-8-2 – no. 2001 Cock o’ the North.

The Glorious Years of the LNER explores the period through over 400 superb colour and black-and-white images and informative captions. Divided into several sections, the book looks at locomotives, carriages, wagons and road vehicles.

The LNER was organised into three areas: Southern (GC, GN and GE), North Eastern (NER) and Scottish (NBR, GNSR). Pictures included are taken at several locations within these, and are on main lines from London to Scotland (Edinburgh, Aberdeen, Glasgow), London to Sheffield and Manchester, and London to Ipswich and Norwich, with cross-country routes from Grimsby to Manchester, Cheshire Lines Committee undertakings between Manchester, Liverpool and Chester, as well as the Waverley route from Carlisle to Edinburgh, not forgetting the ‘West Highland’ line from Glasgow to Fort William and Mallaig.

Many of Gresley’s locomotives are included – A1/A3, A4, B17, D49, P2, V1, V2, W1 – in addition to his carriages and wagons, whilst many of the constituent companies’ engines also feature, such as those of H.A. Ivatt, Sir Vincent Raven, J.G. Robinson and S.D. Holden.

The images are taken from the lineside, at sheds, stations and workshops.

The Glorious Years of the LNER celebrates the company as one of the most prestigious and innovative of the ‘Big Four’ railway companies.