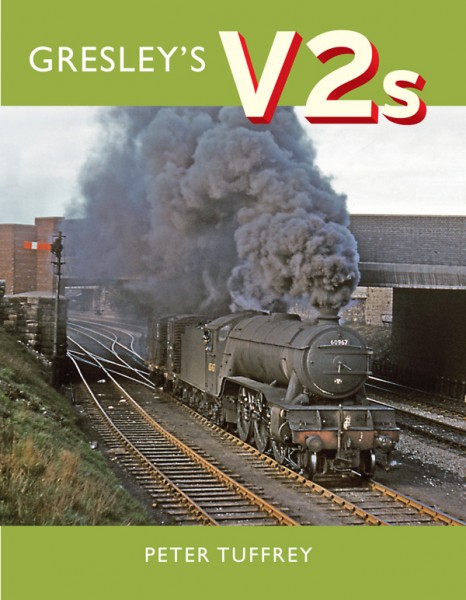 Gresley’s V2s documents the vast majority of the 184 locomotives built through evocative colour and black and white images, alongside well-researched captions.

Sir Nigel Gresley’s V2 Class 2-6-2 locomotive was developed during a period of great success for the London & North Eastern Railway company. The A3 Class and A4 Class Pacifics were breaking records and creating headlines across the country when the first V2 appeared in 1936. The class was derived from the A3 and inherited many characteristics, such as power, speed and reliability. Employed on both express freight and passenger trains, the V2s soon joined the ranks of their illustrious forebears with both footplatemen and enthusiasts alike.

Gresley’s V2s documents the vast majority of the 184 locomotives built through evocative colour and black and white images, alongside well-researched captions. The engines appear from introduction in the mid-1930s through the war years and into ownership by British Railways. The photographs capture the V2s at work along the East Coast Main Line and elsewhere, such as the ex-Great Central Railway main line and into Scotland. Engines are seen from the lineside, in stations and on shed.

A short section celebrates the only preserved V2, no. 4771 Green Arrow. Whilst the locomotive was operational for a number of years, from the late 2000s no. 4771 has been a static display at the National Railway Museum. There are currently plans to restore the engine at some point in the future, but in the meantime Gresley’s V2s serves as a reminder of the distinguished service the class provided to both the LNER and BR.