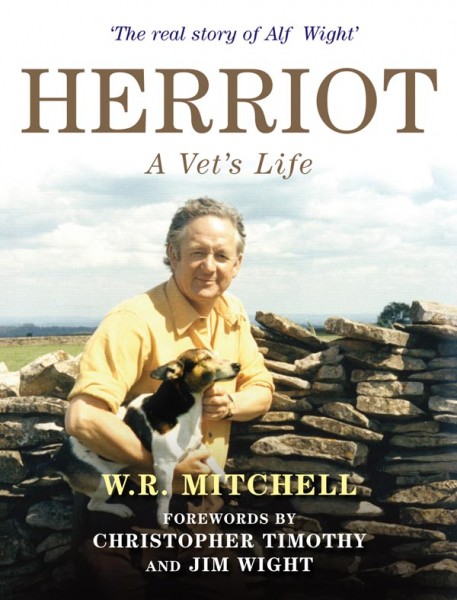 Herriot: A Vet’s Life (Kindle only)

James Herriot author, Alf White’s real working life as a vet in the Pennine dales and across the North York Moors.

Bill Mitchell was recently voted the Yorkshire Dales National Park’s greatest living cultural icon in a poll to mark the 60th anniversary of each UK National Park. In the same poll, Alf Wight – much better known as James Herriot, the celebrated vet – won the same accolade in a second category as an icon who had died but was still revered.

This book sees the two reunited, with Bill Mitchell as the author and Alf as the main character. Alf’s son Jim followed in his footsteps to become a vet and often accompanied Alf on his rounds. Both applied their veterinary skills to ailing farmstock and household pets in the Pennine dales and across the North York Moors.

Bill Mitchell gathered much of his information from interviews with father and son. In compiling this fully illustrated book, Bill could not resist adding Herriot-like tales of Dales characters he met as a long-time editor of The Dalesman, in a colourful period overlapping that known to Alf.

Yorkshire Dales Review, 5th December 2010
For anyone who enjoyed the original James Herriot books, (nine in all), the various TV series and films, this generously illustrated hardback book will give much pleasure, but also help to further enormous respect for the people of the Dales, with thei…

York Evening Press, 18th September 2010
It is one Yorkshire icon writing a gentle memoir about another, a man who he once interviewed. There are plenty of warm anecdotes here… Herriot: A Vet’s Life, isn’t just about Herriot himself….There are plenty of stories of Bill’s own meetings with…