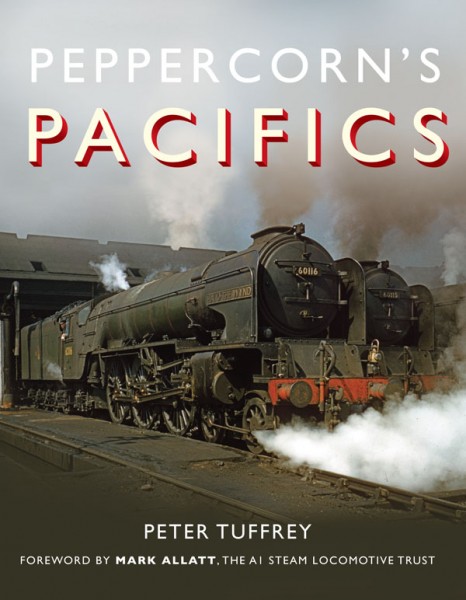 A remarkable collection featuring rare colour and black and white images that documents Peppercorn’s A1 and A2 locomotives.

Peppercorn’s Pacifics includes black and white and colour pictures of 49 of his A1 locomotives and 15 of his A2 locomotives alongside a full history of each locomotive. Includes a biography of Peppercorn.

Arthur Henry Peppercorn, OBE (29 January 1889 – 3 March 1951) was the last Chief Mechanical Engineer (CME) of the London and North Eastern Railway. Peppercorn finished several projects which were started by his predecessor Edward Thompson, but most popular were his LNER Peppercorn Class A1 and the LNER Peppercorn Class A2 . These were known as some of the best British steam locomotives ever in service. Upon nationalisation and the foundation of British Railways, he continued in essentially the same job, now titled “Chief Mechanical Engineer, Eastern and North Eastern Regions”; he retired at the end of 1949, two years after nationalisation.

Only one of his famous Pacific locomotives, a LNER Peppercorn Class A2, 60532 Blue Peter, was preserved, but none of the LNER Peppercorn Class A1. However, a brand new A1, 60163 Tornado, built as the next in the class, has been constructed. It moved under its own steam for the first time in August 2008. The book will detail Peppercorn’s life with as many personal pictures as possible. It will include black and white and colour pictures of 49 of his A1 locomotives and 15 of his A2 locomotives. The pictures will show the locomotives under construction, from the lineside and on shed. A full history of each locomotive will feature strongly in the text beneath the pictures.