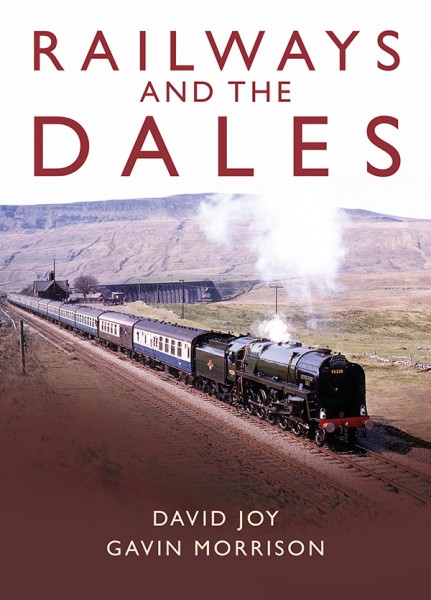 Railways and the Dales

by David Joy and Gavin Morrison

A unique collaboration by two veteran recorders of the railway scene in words and pictures.

Here is a unique collaboration by two veteran recorders of the railway scene in words and pictures. Since 1967, David Joy has written over 50 books on railways and numerous aspects of the Yorkshire Dales. Gavin Morrison, one of Britain’s most experienced railway photographers, has compiled more than 60 books and has gained the highest reputation for the quality of his work.

They decided to celebrate four decades of working together in a book that is both informative and richly illustrated. Gavin first selected more than 150 of his favourite photographs depicting lines serving the Dales. David then wrote an evocative text emphasising how they have changed from the late 1950s through to the present day. The result is a nostalgic and reminiscent depiction of railways in a glorious corner of what has become known as ‘God’s Own County’.

Coverage includes the legendary Settle to Carlisle railway, as well as many other lines ranging from forgotten branches in Nidderdale and Wensleydale through to electrified routes carrying commuters into the heart of Leeds.

David Joy is from a family that has lived in Upper Wharfedale for more than four centuries. His passion for railways began in teenage days spent at Grassington station during its last years, when he was allowed to ‘help’ in the signal box and ride the footplate on the daily goods train. A former editor of the Dalesman, he has many countryside interests and has been awarded an MBE for ‘services to the environment’.

Gavin Morrison got his first camera way back in 1943 and within a few years his hobby became an obsession. He has now amassed some 200,000 images in one of the largest personal collections still in the hands of the original photographer. Unlike many, he did not put his cameras away when the age of steam ended in 1968 and he continues to record the changing railway scene. A dedicated Yorkshireman, he lives near Mirfield and has always had a special regard for the Dales.