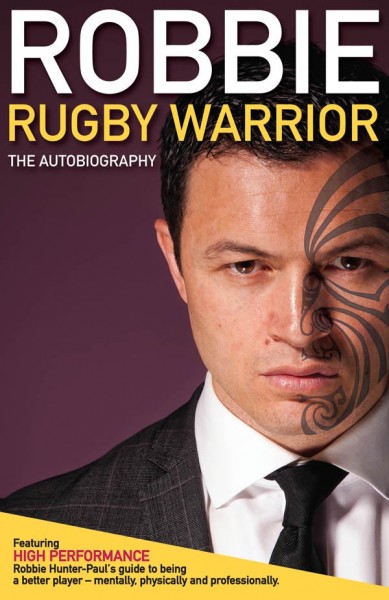 By Robbie Paul and Chris Irvine

Robbie Paul writes candidly about his journey from a humble bush boy in New Zealand to an international rugby star and pin up boy for one of sports leading brands.

Available with a dedicated bookplate, signed by Robbie Paul (what is this?)

Also available on Kindle from Amazon for £7.63

Robbie Paul writes candidly about his journey from a humble bush boy in New Zealand to an international rugby star and pin up boy for one of sports leading brands.

Robbie was the marquee player of Bradford Bulls and Rugby League’s Super League competition. He was the inspirational heart of a team who dominated the competition and transformed the sport on and off the pitch, with Robbie as the face and voice of the game for well over a decade. In 1996, in what he describes as a “career-defining game” as well as being the youngest captain to lead his team onto the hallowed turf he became the first player to score a hat-trick in a Rugby League Challenge Cup final at Wembley, a feat which earned him “Man of the Match”.

An inspirational leader and proud Maori, who represented his native New Zealand 30 times and played in 20 finals, Robbie is no ordinary rugby player. He is a semi professional artist, musician, motivational speaker and media commentator, born of a warrior race. His trials and tribulations have made him what he is today, he has learnt from past mistakes and continues to be fearless in trying new ventures. Having studied for his degree whilst balancing family life, professional rugby, media and public commitments, Robbie knows the meaning of hard work, sacrifice, grit and determination.

Robbie Hunter-Paul’s compelling life story is enhanced by his own High Performance (HP) guide on what it takes to be a professional player and reach your ‘HP’ peak – psychologically, physically and professionally. Each chapter ends with a specially written ‘HP’ section offering practical advice aimed at aspiring rugby players, coaches, parents and fans of the game interested in the professionals approach to Rugby covering topics such as: