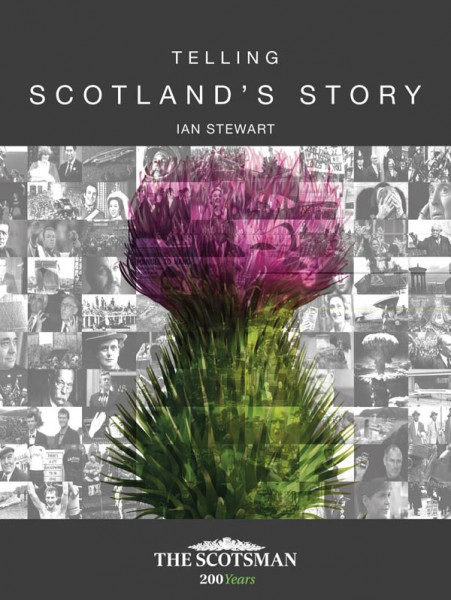 To commemorate its 200th Anniversary, former Scotsman editor Ian Stewart explores the archive and reveals the story of modern Scotland through the eyes of the newspaper.

For 200 years The Scotsman has been giving Scotland the first draft of its history. Launched in 1817, before Wellington had made it back from the battlefield of Waterloo, the newspaper has told the story of Scotland to the nation and to the world beyond, and told the nation of the world.

From the drama of the trial of Burke and Hare, the triumphs of Livingstone to the tragedy of Captain Scott through to the 2014 independence referendum and right up to do date, this is the story of modern Scotland through the eyes of the newspaper that became a part of the cultural fabric of the nation.

With extensive use of the paper’s archives in both words and pictures, and written by former editor Ian Stewart, this book charts the stories of discovery and exploration, great inventors, social change, political upheaval and the most terrible wars the planet has seen. The story of a nation, as it happened. Read all about it, as the newspaper sellers used to shout.