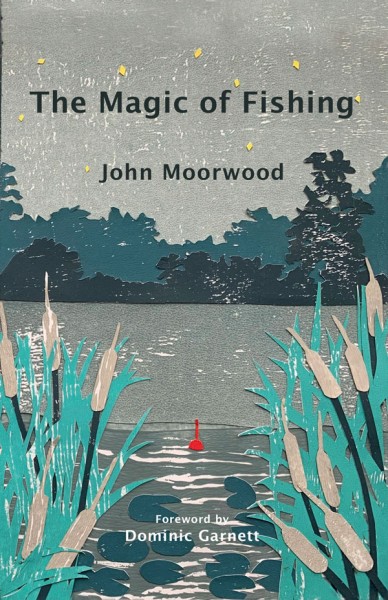 The Magic of Fishing (YP)

Part homage to angling and part coming-of-age story, The Magic of Fishing is about family, friendship, love, death, ghosts and, of course, fishing. A charming celebration of a personal passion for the  masses of anglers who, like the author himself, won’t ever catch a record fish but still know what it’s like to dream about ‘the one that got away’.

“I love the nostalgia and how John sums up angling from a young kid’s perspective. Any angler could relate to his passion.”
Jim Baxter, author of The Rising Antenna.

Available in hardback and paperback

The Magic of Fishing features twenty-two short chapters about family, friendship, love, death, ghosts and, of course, fishing. It is a charming celebration of a personal passion and one of the UK’s most popular pastimes, but it’s not a typical fishing book.

John Moorwood began writing during a rare break from the office when, after spending more time on the bank than he’d managed for years, he was reminded of the joy of fishing and the ‘magical’ element that first captured his imagination. He realised just how much angling had enriched his life, and the lives of all those under its spell.

Having lived in Surrey for nearly two decades, John was inspired to recount his close relationship with Joe Moorwood, his paternal granddad and a retired steelworker, who taught him about fishing whilst growing up in Sheffield. He takes a nostalgic, moving and humorous look back at an era before social media, smartphones or carbon fishing rods – relating how his hobby and life have evolved over four decades.

Written in a simple, evocative and touching style, it’s primarily aimed at the masses of anglers who, like himself, won’t ever catch a record fish or appear on the cover of an angling magazine, but can still appreciate what it’s like to dream about ‘the one that got away’. Yet it should also appeal to nature lovers, the ‘fishing-curious’ and indeed all sentimental types who still believe in the existence of magic.

The book features delightful pencil drawings by John’s father and a section of photography.

Sheffield-born and raised, John Moorwood’s professional life took him to London and the south east, where he now lives with his family. A career in PR and communications has seen him in the boardrooms of some of the UK’s most high-profile companies, yet his enduring love of fishing and the great outdoors, combined with a passion for writing, have helped him produce his first book.