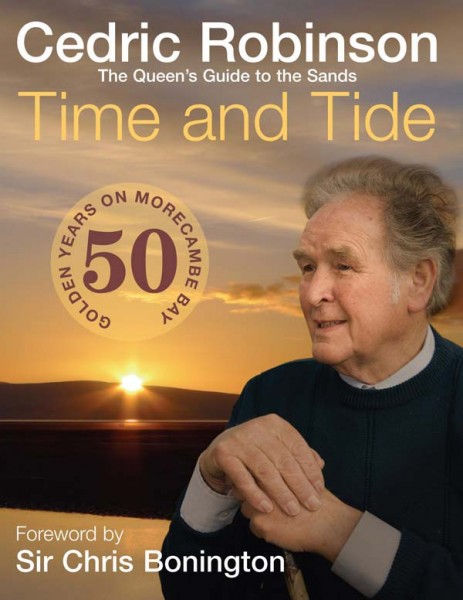 Cedric Robinson celebrates 50 years as the Queen’s Guide to the Sands with this stunning new book.

Few can be as aware as Cedric Robinson that time and tide wait for no man. His long and active life has centred round the fickle tides of Morecambe Bay, culminating in 2013 in the 50th anniversary of his appointment as Queen’s Guide to the Sands. As the holder of this historic office for longer than any of his predecessors, he has now guided some 500,000 people across the Bay’s shifting sands. In so doing, he has played a pivotal role in raising millions for worthy charities and has walked the equivalent of twice round the world. It is a phenomenal achievement.

In this unique book Cedric looks back over the last half century, reflecting on both the beauty and the dangers of Morecambe Bay. He compares today’s cross-Bay walks with those of the 1960s when conditions and weather patterns were very different. As someone still actively fishing, he also covers changes in the fascinating world of cockles and flooks.

Special features include Cedric’s selection of favourite photographs that evocatively capture the Bay in all its moods, ranging from shifting sands to magnificent sunsets. Above all, there are many heartfelt tributes and recollections from those who have found the walk unforgettable. They convey the essence of an experience that Cedric has splendidly summarised as ‘like crossing a wet Sahara’.

Subjects include:
• 50th anniversary tributes from far and wide
• Cross-Bay walks that have raised millions
• How the walks began
• Changes through global warming
• Fatal call of the running tide
• Drama and rescues on the Bay
• Crossing the sands on horseback sheer magic!
• Filming with the famous