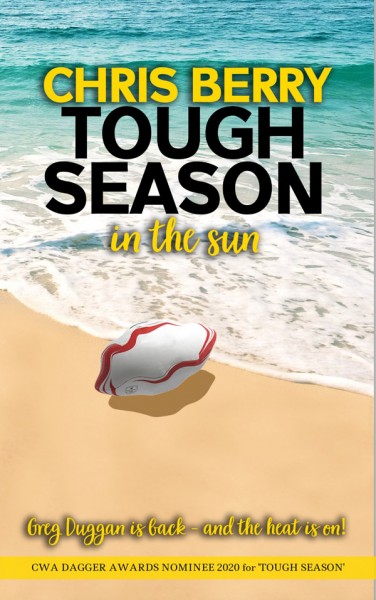 Tough Season in the Sun (YP)

Greg Duggan is back and the heat is on…

The heat is on once again for troubled rugby league star Greg Duggan when he takes up the offer to join new club Lanzarote Eruption in the hot summer on the Canary Islands.

Eruption are destined for Super League and Greg’s life, in tatters from a broken marriage, corrupt officials and convalescence after a bullet wound, looks set for sunshine.

But all is not what it seems behind the scenes at the high flyers and Greg finds himself in the centre of another volcanic storm, while his past won’t leave him alone.

Greg very nearly pulled off a miracle in saving his home town club Hopton Town in the first book of this crime thriller trilogy, this time it looks likely he will have to suffer further, through those intent on Eruption’s downfall. Can Greg’s skill and determination on the pitch be matched by his new-found undercover talent at unmasking the perpetrators, or will his legendary liking for female company cause his downfall?

This is the sizzling, new sequel to author Chris Berry’s Tough Season launched last Summer and a long-time #1 in the Amazon rugby league charts while also a new hit book in the crime thriller charts. It is destined to become one of this year’s favourite Summer reads.

Chris has written several autobiographies on behalf of famous entertainers including Tony Christie and Joe Longthorne; and actor Bruce Jones.

Last year saw the release of his first published novel Tough Season, which has been nominated in the Crime Writers Association’s Dagger Awards 2020.