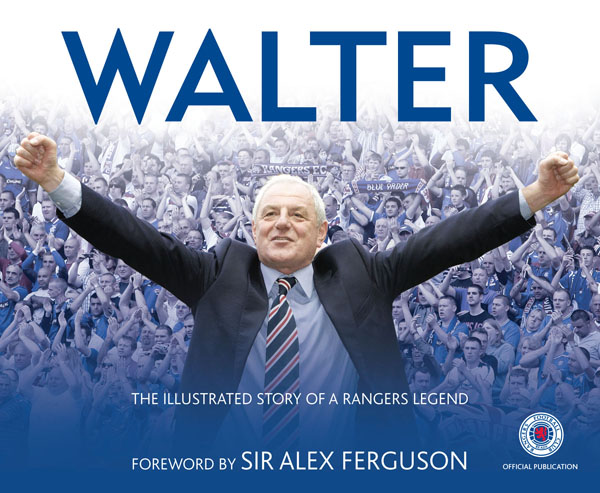 Using official photographs and a series of exclusive interviews, this book takes you to the heart of the man who is revered by Rangers supporters all over the world.

WALTER SMITH is arguably the greatest Rangers manager of all time, delivering an unparalleled level of success in two spells which covered just over 11 years.

Walter – The Illustrated Story of a Rangers Legend, written by Lindsay Herron, is a must-have collector’s item for all true blues!

Brian Laudrup, 2nd August 2011
Walter had this tremendous ability to make you want to play for him. What he did for Rangers and Scottish football in general was fantastic.

Richard Gough, 2nd July 2011
When you look at the history of Scottish football there have been three godfathers of the game – Jock Stein, Sir Alex Ferguson and Walter Smith. He was easily the best manager I worked with.

Ally McCoist, 17th June 2011
For me Walter Smith is the greatest Rangers manager of them all and undoubtedly one of the best Scotland managers of all time. It has been a pleasure to work with him.