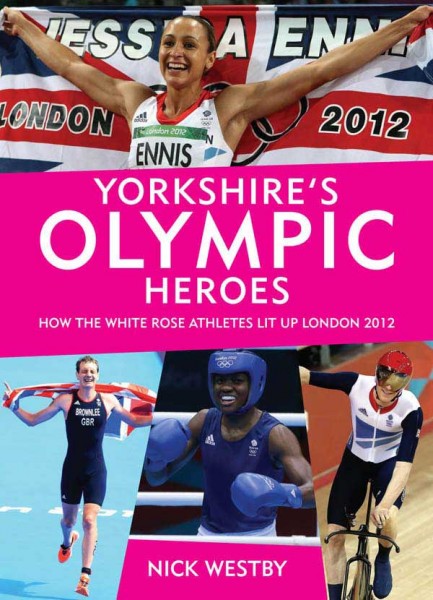 Olympians from Yorkshire made a huge impact on a memorable London 2012. Of the 65 medals the host nation won, 12 of them were forged in Yorkshire.

Also available on Kindle from Amazon for £9.37

The success of people like Jessica Ennis, the Brownlee brothers and Nicola Adams captured the imagination of the British public.
Combined with other athletes from the county who produced extraordinary feats to fulfil lifetime ambitions, the story of the success of White Rose athletes developed into one of the many feelgood stories of the entire Olympic and Paralympic summer.

For the people of Yorkshire it became a great source of pride that their heroes were flying the flag so triumphantly on the biggest stage of all.

In Yorkshire’s Olympic Heroes Nick Westby celebrates the achievements of the county’s medallists at London 2012, and looks into what made them tick, how they reached the podium and why as a collective, Yorkshire’s finest did so well.

• What made the county’s Olympians so successful at their home Games and how their tales of triumph as a collective took on national interest.
• A close look at how the 11 athletes won medals at London 2012, including the story of all seven of Yorkshire’s Olympic champions.
• With quotes and reaction from each athlete’s dramatic day of glory, from Jessica Ennis to the all-conquering Brownlee brothers.
• The roads they took to London 2012, and what set them apart from the rest of the field.
• Plus, a look at the county’s successful Paralympic athletes