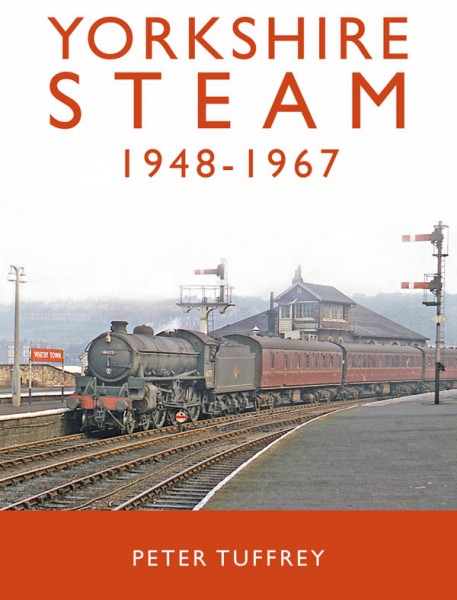 The follow-up to the popular Last Years of Yorkshire Steam.
By Peter Tuffrey

A beautiful hardback book, featuring over 250 stunning colour and black and white photographs of steam locomotives working around the county.

Yorkshire Steam 1948-1967 mainly takes a look at the period when steam traction came to an end on the main line railways.

Over 250 superb colour and black and white images evoke a bygone era across the county.

A number of the major cities and towns are documented, such as Leeds, Sheffield, York, Hull, Doncaster, Harrogate, Goole, etc, as well as smaller places like Arthington, Dunford Bridge, Staithes, etc.

A wide variety of locomotives are seen at these places, including many of the major Stanier Classes – ‘Jubilee’, Class 5, 8F – and Gresley designs – A3, D49, V2 – alongside others: Thompson B1, Peppercorn A1/K1, Robinson O4, Raven B16, WD ‘Austerity’ and Ivatt 4MT.

A small band of enthusiasts also ventured to collieries and captured the variety of tank locomotives moving coal, which was the most recognisable product from Yorkshire at the time.

The photographs are accompanied by informative captions.