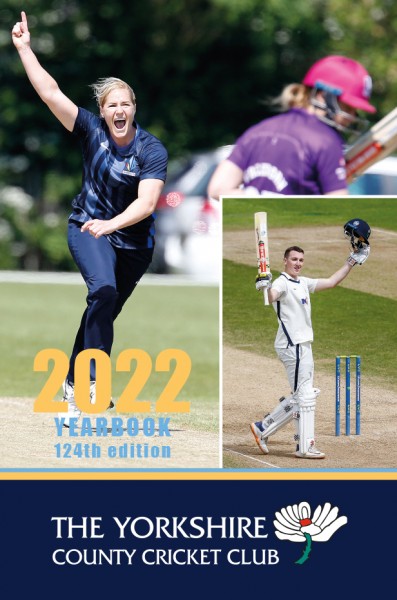 The 124th edition of the Yorkshire County Cricket Club’s Yearbook gives a detailed account in words and pictures of all of the action throughout the 2021 season. Reports, scorecards and pictures cover the action. Plus much, much more!

2021 was a difficult year for Yorkshire County Cricket Club, following widely publicised allegations of discriminatory behaviour at the club by former off- spinner Azeem Rafiq. It brought about a change in the club’s leadership, including a new chair in Lord Kamlesh Patel of Bradford and a new managing director of cricket in Darren Gough. We hear from both of them in these pages. On the field, Yorkshire became the only county to qualify for Division One in the County Championship and the knockout stages of both limited overs competitions. Unfortunately, that did not translate into a trophy. But a number of young players progressed their games. It was a similar tale for the Northern Diamonds women, who qualified for both the Rachael Heyhoe Flint Trophy and Charlotte Edwards Cup finals but lost them both.