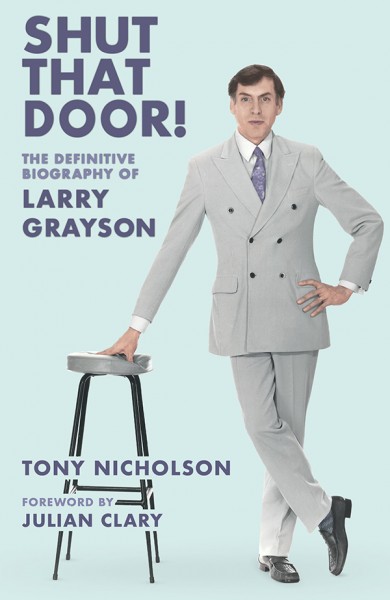 Shut That Door! The Definitive Biography of Larry Grayson

Shut That Door! The Definitive Biography of Larry Grayson

The extraordinary, hilarious and heartbreaking story of a comedy legend

Larry Grayson was extremely funny, highly likeable and much-loved. Those were sentiments felt not just by his millions of fans, but also by those who knew him personally.

He was a complicated man who didn’t become a star until well into his middle age, having worked for years as drag act Billy Breen.

The peak of his popularity came in the early 1980s with Larry Grayson’s Generation Game on BBC1, with regular viewing figures of over eighteen million.

Larry Grayson’s story is fascinating from beginning to end, and has never properly been told before. This extensively and painstakingly researched account of his life is aspirational, funny and heartbreaking in equal measure.

“He was an honest comic and he was funny.  I think that’s why everybody loved Larry Grayson.” Lionel Blair

“Larry had a wicked sense of fun and from many years in clubs and variety halls his timing was just impeccable.  This fascinating account of his life story is like a rollercoaster ride.” Chris Tarrant

“More than a warm tribute, Shut That Door! critiques now antiquated attitudes and celebrates Grayson’s pioneering efforts to place camp culture into the heart of the mainstream.” Online book reviewer

“A great read from start to finish about one of our funniest ever comedians.” Steve Weddle, former BBC TV Executive

“A fantastic insight into one of Britain’s funniest ever entertainers, Tony’s thorough and intensively researched book is essential reading for anyone interested in the golden age of light entertainment.” Mark Wells, TV Executive

Tony Nicholson started his showbiz career in the 1970s as a comedy scriptwriter, writing jokes for no less than The Two Ronnies. He then became a television producer, making entertainment programmes for all the major channels, and earning him a highly-prized BAFTA Award.

The two professions sat comfortably side by side throughout his working life – both writer and producer. .

Tony Nicholson is the author of The Squire Of Knotty Ash … And His Lady An intimate biography of Sir Ken Dodd.

He has been married for over forty years and has two grownup sons. Originally from Yorkshire he now lives by the sea on the south coast of England.